As discussed in Part V, jigs are written in 6/8, a compound time signature based on groups of three. Today we will discuss the rhythmic breakdown of rolls found in the jig style and the use of rhythm syllables (where possible/appropriate) to assist in executing them correctly. Let's begin with fours and fives:

The execution of four stroke rolls in the jig are fairly straightforward. In example #1 the first accent and the buzz of the cut four are played as triplet sixteenths and the triplet uses the syllables "jig-a jig ah". It would also be possible to borrow syllables from the round reel and use "ticka ti ti" (pronounced "ticka-tee-tee"). The syllables for example #2 would be either "Jig jig-ga jig" or "ti ticka ti". If a cut four is played as a bridge between two sets of triplets as in example #3 the syllables for the entire bar would be either "jig ah jig-ga Jig-gi-ty" or "ti ti ticka ti ti ti". And finally, if the cut four is played after a quarter note, the syllables used are either "Jig sig-ga Jig-gi-ty" or "Tah ticka ti ti ti". For a "jig syllable refresher" click here.

Five Stroke rolls are executed the same way excepting the fact a buzz is played in place of an accent on the first note.

Full disclosure: In my original blog post I had the six and seven stroke rolls presented using a quadruplet. However, thanks to Tomm MacKenzie from Arnprior who pointed out an easier way to do things, I realized that I had been incorrect in my use of the quadruplet, instead I have edited the post to reflect Tomm's suggestion of using an eighth note triplet subdivision.

In example #1 below, the triplet takes up the space of the first two eighth notes of the jig's three note grouping. In essence, it's a triplet within a triplet! In example #2, the triplet takes up the space of the second two notes of the jig's grouping. In example #3 (the last two bars) the triplet goes "over the beat" in the first roll and "over the bar" in the second roll. It looks a little more complicated but the timing of the roll is the same--the only difference being that the triplet is played in the same space taken up by the last and first note of the three note jig grouping.

Because the timing of the "triplet within a triplet" is a little tricky to execute with rhythm syllables, find a good teacher or veteran drummer to demonstrate this timing. Once you hear it/see it everything will become much more clear.

Eight and nine stroke rolls are executed using a quadruplet that takes up the space of one three note jig grouping. 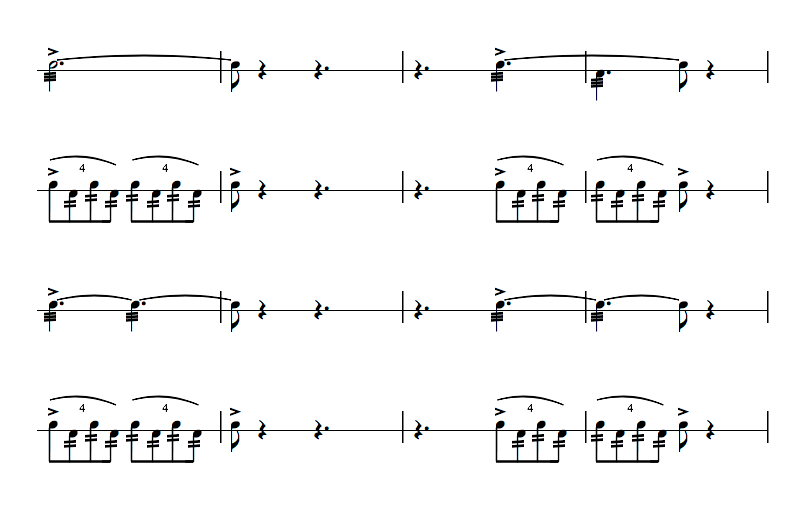 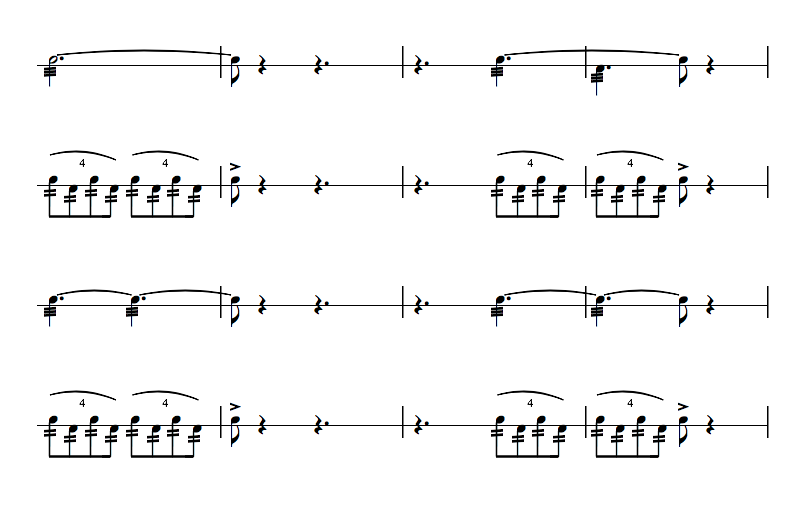 Next week we'll be discussing rolls found in the 6/8 march style. Until then, have fun breaking down and wrapping your head around your rolls in the jig style!