Welcome to the final blog post of "Roll Call"! This week we'll be looking at the execution and use of rhythm syllables for rolls in a strathspey. As I've discussed in previous blog posts the strathspey is the least understood, most frustrating and mysterious style we play. Amorphous terms like "bounce", "pulse", "lift" and "strong-weak-medium-weak" are thrown around liberally but never fully explained. Rolls in the strathspey style can also be confusing as several types of rolls can appear in multiple ways. To make matters even more interesting, rhythm syllables in the strathspey are borrowed from the march, round reel and jig styles! The rolls that commonly appear in strathspeys are:

The first line of each musical example contains the roll as it would appear in the music and then, on the line below, each roll is broken down into its individual tap and buzz strokes. In each breakdown I have placed an accent on the last note of odd numbered rolls and on the first and last note of even numbered rolls to help define the roll visually. In a drum score, the final note of a roll is NOT always accented.

Fours and fives can either appear as part of a triplet, as in examples #1, #2 and #3 or on the "cut" of a dot/cut or cut/dot rhythm. The rhythm syllables used for each example for both fours and fives are borrowed from the jig. If you prefer to use more traditional syllables I'll include those as well.

Six stroke rolls are the hardest of the strathspey rolls to recognize as they can begin on three different types of notes: regular eighth notes, triplet eighth notes or dotted eighth notes! For the first three examples the rhythm syllables are borrowed from the round reel and the march. For the final two examples, the application of rhythm syllables is difficult so I'll provide a written description to clarify. Examples #1 and #2 borrow their syllables from the round reel style and example #3 steals its syllables from the march.

Seven stroke rolls commonly appear in two ways. The first, as in example #1 below, is the most common beginning on a dotted sixteenth note. The rhythm syllables are borrowed from the round reel style:

Examples #2 and #3 of the seven stroke roll are played the same way as examples #4 and #5 for the six stroke roll above.

Finally we come to some rolls that are quite straightforward! The rhythm syllables both examples are borrowed from the round reel style: 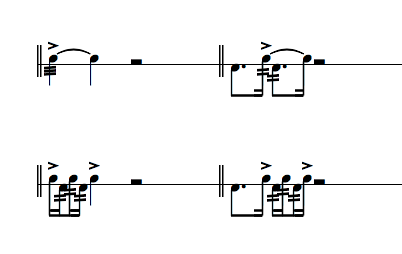 The nine stroke roll is played the same way as the eight but with a buzz on the first note instead of a tap. The rhythm syllables used are also identical. 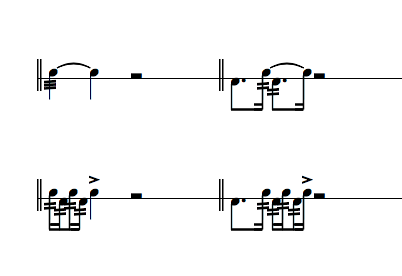 The rhythm syllables for sixteens and seventeens are the same for both types of rolls and are also borrowed from the round reel style. 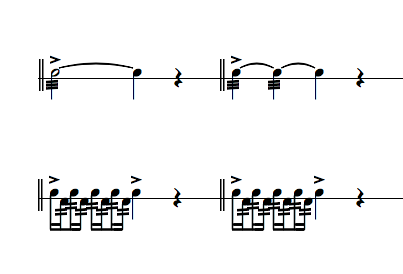 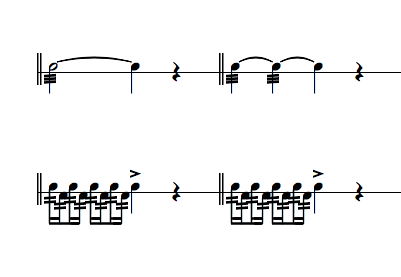 That's a wrap for Roll Call! If any of you have any questions or require further explanation, please contact me! I'm always looking for ideas for new blog posts and the ones that come from you always get priority. Now that you have this blog series to use as a reference start looking at your music and begin the process of identifying and properly executing your rolls in each style. Let me know where you're having success or if you encounter any roadblocks. We'll get through this together!

Thanks to all of you that have shared the blog posts so far, subscribed to the Youtube channel and have checked out the newly renovated rudiments section (now with video examples). The more people that know about the site the more people I can help to understand and learn our awesome style of drumming!